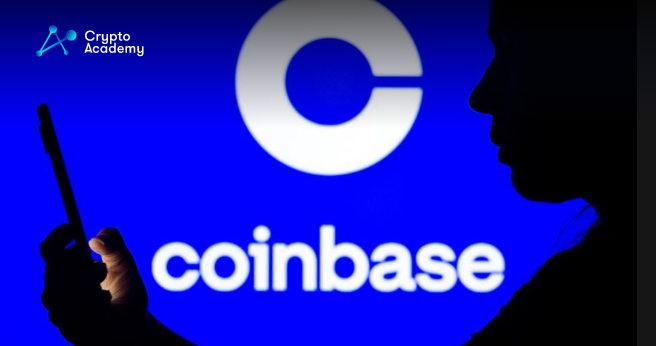 Coinbase, one of the biggest exchanges in the US, recorded an increase in trading volume in the first weeks of January when compared to the last quarter, unlike its competitors.

Coinbase, despite being subject to many controversies in 2022, managed to have a slight increase in trading volume. In an analysis conducted by JPMorgan experts, Coinbase remains as one of the most trusted exchanges in the market, especially in the US. This comes despite all the ongoing FUD on centralized exchanges.

In their analysis, JPMorgan used CryptoCompare data to see how different exchanges performed in the first three weeks of January. According to the data, almost all centralized exchanges recorded less trading volume when compared to previous quarters. To illustrate, Binance saw a decline of 6.2% in trading volume. Other exchanges such as Kraken and Bitfinex saw declines of 13% and 25.5%, respectively.

As seen in the table, Uniswap V3 is the only exchange from the list to perform better than Coinbase when compared to the previous quarter. The former saw an increase of 4.4%. However, with Uniswap being a decentralized exchange, it is not largely seen as a direct competitor to the likes of Coinbase, which is a centralized one.

Still, interpreting the data and saying that Coinbase performed better than its competitors can be seen as fallacious. While it is true that the trading volume of Coinbase saw very little increase, it is still for Coinbase alone. That is because Binance is still the top-performing exchange in the market. With that said, a very small percentage increase in the trading volume of Binance could be much larger than a large percentage increase for Coinbase.

According to JP Morgan analysts, “Coinbase did not have direct exposure to FTX and was insulated from the direct legal and reputational fallout from its demise.” According to them, Coinbase may slowly grab more market share, while the likes of Binance may continue to face burdens from the FTX aftermath.

However, Binance’s trading volume increased the most during January when compared to other crypto exchanges. Hence, one could argue that JPMorgan’s analysis could be yet another attempt to undervalue Binance’s performance and functionality. Clearly, Coinbase has a long way to go if it really can take Binance’s spot as the leading exchange.

In other news, Binance has been subject to huge controversies lately. But, the crypto community remains supportive of the exchange, as seen by a recent report by CoinWire. Investigations regarding potential money laundering by Binance are ongoing. We’ll have to wait and see what these investigations may bring to light. BlockFi’s Troubles Mount: $160Mn In Crypto Loans To Be Liquidated U.K. Government to Mint NFT in Bid to Embrace Crypto

400M Twitter Users’ Data on Sale In The Black Market