Geminis Network Users Will Be the Major Beneficiaries

ParaState, a multi-chain smart contract platform bridging the application and developer ecosystems between different chains and Ethereum, announced its partnership with Parallel Finance, a decentralized money market protocol that offers lending, staking, and borrowing in the Polkadot ecosystem.

Parallel Finance has launched a crowdloan product that incentivizes crowdloan participants with higher utilization of funds and incentives, and thus the ability to achieve higher returns.

Through this Parallel product, users can earn multi-token rewards and contribute to any crowdloan on the platform such as that of the Geminis Network, powered by ParaState. Specific benefits to Geminis’ crowdloan supporters include gaining access to early liquidity and avoiding being held up by DOT’s 2-year lock-in period.

Regarding this association, Marco Chen, Co-Founder of ParaState stated that “The association with Parallel Finance and their crowdloan liquidity solution will allow users to increase the use of their capital in participations within the ParaState ecosystem such as Geminis Network in a more efficient way and based on decisions about their own risk appetite”.

Parallel Finance was the big winner of the fourth Polkadot Parachain auction last December with a total of 10 million DOT tokens contributed at the end of the auction, making it the third parachain by the amount of DOT contributions so far. The project is focused on innovating and taking DeFi usability to the next level with a more secure and user-friendly decentralized platform to appeal to the masses.

With Parallel Finance on board, ParaState hopes to increase the participation of users from the Polkadot ecosystem in the Geminis Network crowdloan, as well as promote long-term cooperation between both platforms.

Parallel Finance is a technology company that specializes in decentralized finance-related services and products, which include lending, trading, staking, and derivatives on multi-chains. Parallel Finance is a leader in the development and innovation of DeFi for the adoption of the web3 revolution and plans to bring DeFi to one billion people.

Known as Ethereum on steroids, ParaState is a multi-chain smart contract platform bridging the application and developer ecosystem between Polkadot, Substrate and Ethereum, as well as other chains wanting to provide Ethereum compatibility. While supporting the EVM pallet to provide seamless compatibility with all existing Ethereum applications, ParaState also provides developers with a next-gen smart contract implementation environment, Ethereum-flavored WebAssembly. These two infrastructures are ensured to talk to each other and share the same account system on ParaState.

Axie Infinity (AXS), The Sandbox (SAND), Chronoly (CRNO): Who Will Rule The Metaverse? SupplyCon (SPLC) Is Now Available for Trading on LBank Exchange The September Curse: Why Bitcoin Might Actually Plunge to $10,000 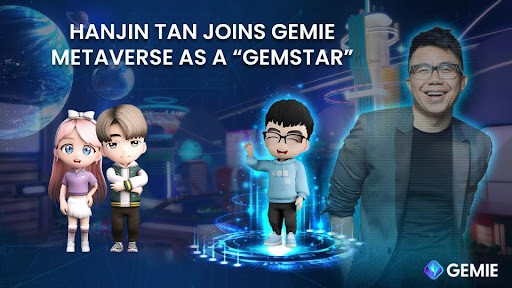